The main cities in Ireland are Dublin, the capital of the East coast, Cork in the southwest, Limerick and Galway on the West Bank, and Waterford on the southeast coast.

Ireland is a temperate maritime climate. The climate is influenced by the North Atlantic warm current drift. Ireland is warm in summer and cool in the winter. In Ireland it rains often, with some areas having 275 precipitation days a year. The Atlantic currents influence the Irish climate.  The warm oceans on the west coast of the island are a result of the Gulf Stream. 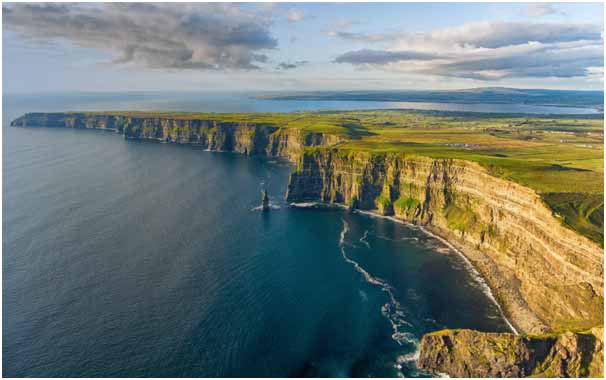 Due to the temperate maritime climate, the temperature is rarely below -5 °C in the winter and above 29 °C in summer.

Rainfall is more common throughout the island in winter. The southeast area of Ireland receives the longest hours of sunshine each year. The northern and western coasts have the largest wind farms in Europe. These wind farms contribute to Ireland’s wind power energy production.